Made his debut in documentary cinema in 1984. He has been awarded a lot of national and international prizes, among them the Special Prize of the Film Concern Mosfilm for “War Correspondent” (2008). He has been awarded four times the Prize for the Best Film Director at the Annual Awards of the Bulgarian Association of Filmmakers. His filmography includes “Letters to the Nether World” (1995, doc.), “Under a Cloud” (1997, doc.), “The Patience of the Stone” (1998, doc.), “Europolis, The town of the Delta” (2010, doc.), “Warming Up Yesterday’s Lunch” (2002), etc. 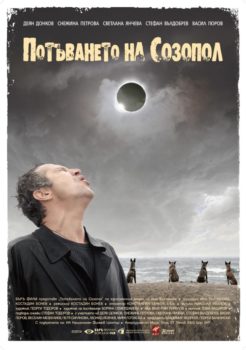 THE SINKING OF SOZOPOL

One love, ten bottles of vodka and a town, which must go down. An aging man goes back to Sozopol and brings along his memories and ten bottles of vodka. It is clear that when the vodka is over, something must happen. Something that will change his life forever. Because when hope is gone, Miracle is the last resort.