The program is represented by Radostina Neykova

Radostina Neykova (Bulgaria) – director, animator, illustrator. Graduated from National Academy for Theatre and Film Arts Kr. Sarafov with an MFA in Film Studies and Animation Directing. Now she is teaching Dramaturgy of animated film and Animation techniques in the NATFA Kr. Sarafov. She and her students have won many prizes at various animation film festivals. Neykova has authored over 40 papers in the academic areas of animated film and comics. Professor, PhD in the Institute of Art Studies at the Bulgarian Academy of Science.

The program represents the best examples of modern Bulgarian animation for children, created over the past five years. The program is a way to show the variety of styles and animation techniques. All submitted films have been awarded international prizes. 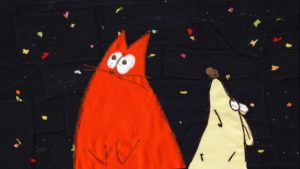 In an old attic lives Grumpy, who hates light. An annoying sunbeam keeps disturbing his sleep, so he decides to do some renovations to get rid of all the light. 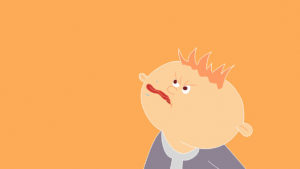 Every child dreams about new worlds and adventures. Adults would give anything to go back in their childhood, feel free and do something childish… 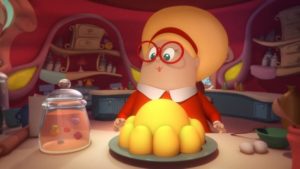 The Magic Cake of Auntie Bantie (10′)

In a pretty little town life goes sweetly. Auntie Bantie bakes a magic cake that the children can’t help eating. It makes them fly happily in the sky, singing and playing all day long. As long as the children are happy, their parents are happy and so is the Minister of the town. 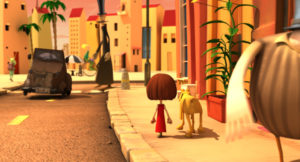 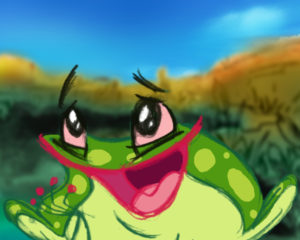 Story about how important a person to achieve the dream. Regardless of the subsequent results. 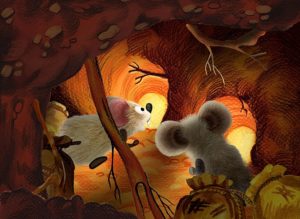 Modern version of a children’s story in which end the bad guys are not always punished.