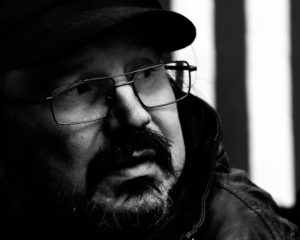 A famous russian director, Alexey Balabanov has died in spring 2013. Enen though the artist spent a long time in Saint Petersburg, it was mostly just a place where he lived, he wasn’t really man of “Leningrad school”. His preception, his cinematic vision, his philosophy had formed in Yekaterinburg, among noncomformist student society, in thick of Sverdlovsk rockers. Alexey dediceted his graduate film Yegor and  Nastya (1990) to this culture and its startlet musicans.
Alexey agreed to be a jury member at the Kinaproba Film Festival twice, but coudn’t make it because of his health condition. today we consider the commemoration program in his memory to be our duty.

The shooting of Alexey Balabanov’s film based on the novel of a Polish writer Vatslav Seroshevskiy was stopped due to auto crash in November 22, 2000, when leading actress Tuira Svinoboeva has died. It took the director a whole year, to cut the film and gave his comments instead of missed scenes.

The discussion of the questions of the national spirit of Balabanov’s films, pecularies of the first post-Soviet mythology, created by him: the mythology of “the brotherhood” (A. Plakhov)