Главная|Мастер-классы|workshop “A Theater and A Cinema Actor – Two Different Professions?” 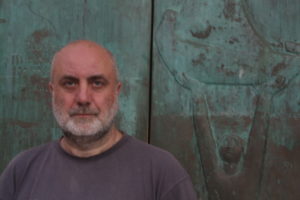 Vladimir Mirzoev graduated from the Moscow State Lunacharsky Institute of Theatre Arts (GITIS, 1981, department of Directing of Circus, class of Mark Mestechkin). From 1987 to 1989 Mirzoev was the art director of ‘Domino’ theater at Creative workshops of the Union of Theatre Workers of the Russian Federation. In 1989 he immigrated to Canada. In 1990 he founded ‘Horizontal Eight’ theatre company. In 1991 Mirzoev came back to Russia and staged performances  at Stanislavsky Moscow Drama Theater (and also served as its art director for some time), at Vakhtangov Theater, at Russian Drama Theatre in Vilnius. Directed films “My First Teacher or Bachelor Party Russian Style” (1997), “Chetyre Lyubovi” (2001), “Ditch” (2005, not finished), “Znaky Lyubvi” (2006), “A Man Who Knew Everything” (2009), “Boris Godunov” (2011).

Mirzoev is a laureate of the State Prize of the Russian Federation.

He comments on himself: “When I was a child, film broadcasts on TV would start at 9:30 pm, while I had to be asleep already at 10 pm. I used to watch the film for the first half an hour and then go to bed – but I wouldn’t sleep. Instead I was listening to the dialogues and imagining the film in my head. Perhaps, it’s due to this that I became a director.”

At the festival Mirzoev will lead a workshop “A Theater and A Cinema Actor – Two Different Professions?”