Nikolay Izvolov (Russia) is a film critic, historian of cinema, VGIK graduate. He worked at the Museum of Film as a deputy director for science. Since the beginning of the 1990s he has been teaching at VGIK at the High Courses of Screenwriters and Directors. His works were published in such journals as “Film Expert Notes” and “The Art of Film” and foreign editions.

For many years he was busy with archival searches as a result of which to the history of cinema were returned once “lost” films, including those by the classic aithours  (Mikhail Tsekhanovsky’s “Pacific 231” and “Hopak,” and others). He also works on the “reconstructions” of the lost films (about 14 titles), among which “The Beautiful Lyukanida” by Vladislav Starevich (2012), “Dokhunda” by Lev Kuleshov (2006), “Tit, or a Story About a Big Spoon” by Alexander Medvedkin (2000), etc.

He developed (together with Natalya Drubek) the system of commentary edition of film on digital medium called Hyperkino.

He is the author of the idea and the co-author of the script of the film “In Search of Lost “Mail”” (2015, director Dmitry Zolotov) which he will present at his workshop.

The second program that he will present is devoted to feilm adaptations of paradigmatic texts: Gogol’s “Marriage” is Erast Garin’s debut as a director (directors Erast Garin, Hesya Lokshina) and an adaptation of Tadjik literature classic Sadriddin Ayni’s piece “Dokhunda” (dir. Lev Kuleshov, 1934). 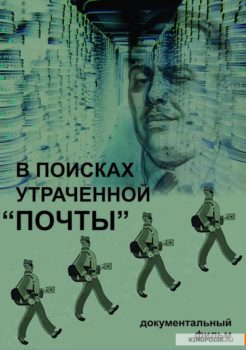 Director: Dmitry Zolotov (Film company “Master-Film” in association with the Ministry of Culture of the Russian Federation).

The project “The pursuit of “Mail”” is a creation of the movie in a genre of the “scientific detective story” which is wonderfully unites adventure story about the search for the lost cultural treasures and well narrated story about long ago created, but not so well-known and sometimes underestimated sphere of applied scientific activity. Aside from the main plot, the film has a system of images, facts, theories which will help to demonstrate the main point – the need of the efforts to return lost valuable films. 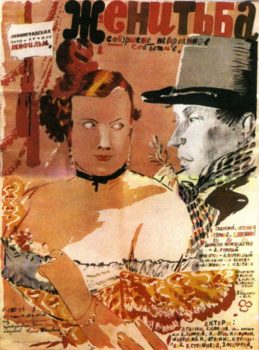 The copy of the movie hasn’t been preserved. It was reconstructed on the basis of editorial scripts, the remained frames from the film and photos taken during shootings. For the first time it was shown at the Kinotavr festival in 2006 within The Returned Masterpieces project. Voiced by Alexander Negreba. 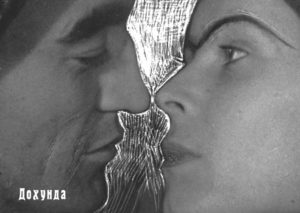 The film is about the life of the fightless farm worker Egor  known as Dokhunda (“poor”), who became the active builder of a new life in the Soviet Tajikistan. It was based on the novel of the same name by Sadriddin Ayni. It is reconstructed on the basis of the original scropt illustrated with the frames of actors’ rehearsals.