Главная|Мастер-классы|Profession: Director of Fiction Film. A Workshop by Andrey Zvyagintsev 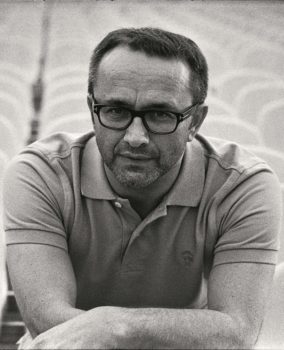 Andrey Zvyagintsev was born in Novosibirsk. In 1990 he graduated from Acting Department of the Russian Academy of Theatre Arts (GITIS, class of Ye. Lazarev).

In 2000 he debuted as a director. His film ‘The Return’ (2003, the Golden Lion of the Venice Film Festival, CinemAvvenire award of the Venice Film Festival for Best Debut etc.) has made him a celebrity. He also directed such films as ‘The Banishment’ (2007, the prize of Cinema-Clubs Association of Moscow Cinema-Festival), ‘Elena’ (2011, Special Jury Prize of the Un Certain Regard section at the Cannes Film Festival, Nika Award for Best Direction etc.). Each of his films makes a significant presence in the cinema world. His latest film ‘Leviathan’ was awarded with the Best Script of the Cannes Film Festival (screenplay: Andrey Zvyagintsev, Oleg Negin).

During the workshop Zvyagintsev will screen ‘The Banishment,’ the full version of ‘Leviathan’ (original version is 3,5 hours, while the 141-minute version was released for distribution), and also present the book ‘Elena. The History of Making,’ which was published in 2014.  The book is comprised of interviews, dairy notes, illustrated text of the script, letters, workshops with film students and discussions with the broad audience.