He studied at FAMU in Prague and at the documentary department of the University of Television and Film in Munich. 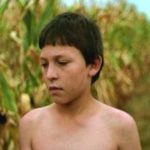 Zoli earns his livelihood abroad by skinning chinchillas in a Danish fur factory. The film begins with the story of Zoli’s return to the periphery, to the small Hungarian village of Jaba. Zoli’s family, settled gypsies, struggle to earn their living by hiring themselves out as day-labourers. For Zoli, Jaba has no work and no prospects, so he kills time and waits. Standstill. “Jaba” tells the story of survival in one of Europe’s poorest regions. A movie about the outsiders. The protagonists portray their own lives. A film that is as raw and poetic as the people themselves. 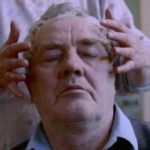 On a lonely farm in Southern Hungary, a sixty year old couple leads a dreary life punctuated by vain rituals: getting up in the morning, eating, going back to bed, and a little activity in the middle for a few animals to make sure that they stay alive. But the documented subject is not so much the tedious aspects of domestic existence as the empty emotions that it is intended to protect. Is it possible, without the aid of fiction,  to record the disappearance of love and its desertion in solitary memories? This is the Bekettian challenge taken up by this film, of sad and simple beauty. 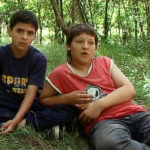 Life for a child in this small Hungarian village is one of simple pleasures – bike rides, play fights and hunting for gorillas. But everyone has to grow up sometime, and the nearly idyllic world of the children is shattered sooner than expected when Karcsi, their playmate, dies just before his tenth birthday.

Now it’s up to Karcsi’s faithful friends to tell his story – how he loved lions and elephants, how he used to deliberately pronounce words in a funny way and how he wanted to become a doctor and develop a medicine to cure all the illnesses in the world. Fantasy and reality are blended together in equal measures as the children’s words keep Karcsi’s memory alive. They talk of going with their friend to the International Space Station and taking a spaceship to Mars. And they tell us how one day he lost a tooth and the wound started to bleed and didn’t stop. This is a story of the loss of childhood – an affectionate yet unsentimental goodbye.