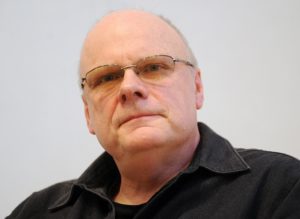 Maciej Drygas (born in 1956 in Lodz, Poland) is a film and radio director, screenwriter, producer. He graduated from the directing department of the Gerasimov Institute of Cinematography (VGIK). After that he worked as an assistant director for Krzysztof Zanussi and Krzysztof Kieslowski. He has won awards at numerous international festivals. He is a professor and lecturer at the Polish National Film School in Lodz. Maciej Drygas’s documentary films and radio programmes have been broadcasted by television and radio stations in Europe, Canada, Brazil and Australia.
Filmography
Hear My Cry, 1991; State of Weightlessness, 1994; A Day in People’s Republic of Poland, 2005; Hear Us All, 2008; Violated Letters, 2011; Abu Haraz, 2013.