Suffering from consumer’s fever, a young man starts a journey to the end of the world.

The theft of the Mona Lisa – share a ride through the streets of Paris with the most famous painting in the world.

A chef against his crêpe. Who wins?

Malgrin Debotté, The Story of the Boy with Magic Moles (animation, 6’08”)

The man loved and adored his beard and lived with it in perfect harmony, until suddenly he meets a woman. The man turns his attention to the woman, thereby causing a love triangle. The Beard is jealous and prevents the man from getting closer to the woman in everyway. 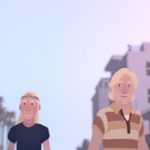 During the 1970s, a teenager wanders through Venice Beach, in Los Angeles,facing an interior crisis. 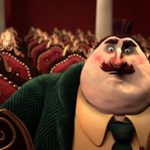 In a theater, a man will do all it takes to save this magical place from destruction. 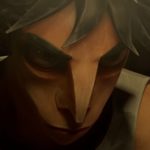 A man is looking for his family’s murderer. A new element will re-launch his investigation.

A man breaks up with his head; unfortunately, his decision carries dire consequences.

When forced out of his repetitious and habitual nature, man sometimes becomes a beast to his fellow man, even for something as small and trivial as a piece of fruit.

The story of Adam and Eve; The beginning of the earth.

Dia is a young female kickboxer who lives in the suburbs of Budapest with her mom and younger brother. Her dream is to compete in Germany where she can earn good money. All she has to do is to win her upcoming championship. 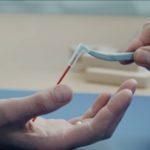 Young mother Danielle is the rare and lucky recipient of a double hand transplant. She gradually gains control over her donor hands. While her family and doctor are delighted for her, Danielle starts to realise that the new hands will never be her own.

Tatiana is a russian girl in love with Antonio, shepherd from La Mancha with an oedipal relation towards his mother Antonia. Due to causes of force majeure, Tatiana must go and live temporarily in her boyfriends mother house deep inland of La Mancha region. Antonio will try by any means to make Tatiana acceptable to his mother, but the mother is going to make it hard for him.

Without your heartbeat (fiction,8′)

A taxi driver kidnaps singer Luis Eduardo Aute so that he sings to his dying wife. 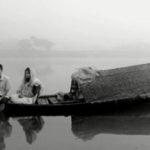 We can hear a sound of someone crying and a young man with a discontent eye is carrying an old man into the boat. The boat stops at the river bank and the young man leaves the old man in the desolated bank. The old man is the reflection of all the mankind and the bank where he was left all alone is death. 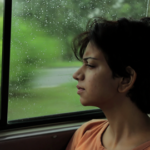 The life of a young girl who has recently undergone a heart transplant surgery and what follows next in her life. 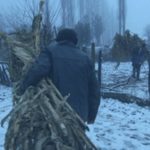 A story about dependency and the strength to carry on in times where everything seems to fall apart, told with a touch of tragedy,humour and vodka.

The three characters that were not previously familiar witheach other, could not get along with contemporary selish consumer society. In an attempt to escape and ǐnd new meanings, they meet by chance at a convent in the village of Bulzi, where people are trying to rebuild the destroyed temple, live simple and dream of the resurrection of their souls.

Tanya carries two huge pieces of foam plastic through Moscow. Goes with them on public transport. Why is she doing this? On her way Tanya reǑects on her life and in the ǐnale comes to a disappointing conclusion for herself.

Waking up in the car with friends, the girl remembers the events of the previous night, step by step, she realizes that she was going to stage the murder of her exboyfriend.

While pranksters were filming a video about some dishonest people at the park, they fall victim to a strange young man’s shenanigans. 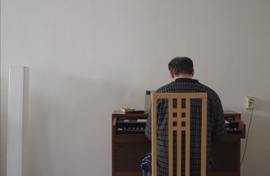 Seva, age 60, is living a dull life, trying to have a relationship and looking after his old sarcastic mother. Suffering a terrible headache he can’t seem to find a reason for it.

Four stories about people who are united by one thing: they are all “invisible” – because of the circumstances, profession or personal choice.

In search for his beloved the tomato goes on a dangerous adventure.

After the Chechen war,Aleksey is working as an assassin,failing to find a normal job. One day he meets an old friend whom he hasn’t seen for 16 years.

Life-afǐrming story about a Russian peasant who decided… to die.