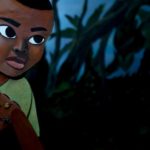 In the African rainforest, Bene is a child who survives under the rule of bloodthirsty hunters. But one day, after he meets a baby gorilla, it becomes his turn to be hunted.

Video story about the spirit of the forest

The story of a young artist’s first steps in his creative life. The throes of creation are inevitable even in youth. 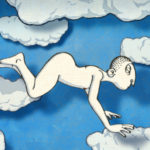 People that look and behave like birds, try to survive the cruelness of nature.

Algeria, during the Civil War. One night, Fadila, cabaret singer, escapes from Oran after being threatened by death by the religious fundamentalists. She goes to Aubagne, close to Marseille, to find the house of a friend. But her friend does not live there anymore. So she wanders through a village where she does not know anyone, till the moment when she met a former legionnaire who, himself, lived some time ago in Algeria…

A distant wintering of an old shepherd, his wife and their son somewhere in the steppes of Kazakhstan. As one day the neighbor electrician arrives in their yard, the estranged relationships between the family members and the neighbor begin to unfold: every one of them keeps its own mystery, experiencing their fate, has its own view on life. What awaits the characters with the coming of dawn? It is known only to those who would survive the “off-season.”

Literary magazine editor mentally cheats on his young lover with his own wife, a university professor of Maths. He still feels the need in her fine and concise brain and their intellectually rich and direct discussions. After having a breakup with the young girl he returns to his wife. The constant irony helps them find a compromise solution to what has happened. But the real challenge is deeper than usual crisis of the middle age and sexual dissatisfaction. The small family is broken apart together with the society.

The director of modern logistics center, the experienced and charismatic man loves discipline and order. Ordinary workers (some of them with disabilities) are not always thrilled with his methods, especially in anticipation of the holiday. Suddenly arrives the owner of the company – successful, sociable, intelligent man. His attention focuses on profitability of enterprise first. An unexpected event causes characters of the film to show their features, invisible at first sight. 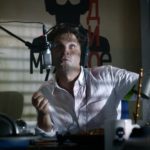 Ilya has finally won the casting and became a DJ at “Dude Radio,” radio for the real men. After the celebration of this event with his friends he wakes up in the morning and realizes that his first live show on radio is in an hour and he is not ready for it at all…

In an act of revenge Christina and her class mates arrange a fake shooting of the TV show, making her blind sister Masha believe she is a star of the vocal contest. The hoax ends unexpectedly for everyone.

A girl records a video message to her father not realizing what will happen to her soon.

It is a story about love and drugs. A story about the fickleness of relationships between adult children. About the eternal search for love and the inability to glimpse it. About an unexplainable attraction and a parting that is all too clear.

This is a story of how intervention in life of a young family (even with good intentions) could have lead to unpredictable consequences.

Dima’s parents have divorced. Now the 6 year old boy lives 2 days with his dad and 2 days with his mom by turns. Both parents strive for their own view of educating their son. But what Dima himself strives for?

Story of a young Japanese girl who came to Russia to become a real ballerina.

Grisha, a young nomad of tundra admiring classical music and hungry for knowledge, is haunted by the question about the point of human existence. In his attempts to understand who he is and why he walks the earth, he decides to write a book about the meaning of life. Observing his family and people around him, he tries to expose the truth which is alien to them. He is interested in women but his love life sadly will not work out…

The film shows traditional way of living of nenets people who are slowly getting extinct.